The 8 best places to retire in Mexico 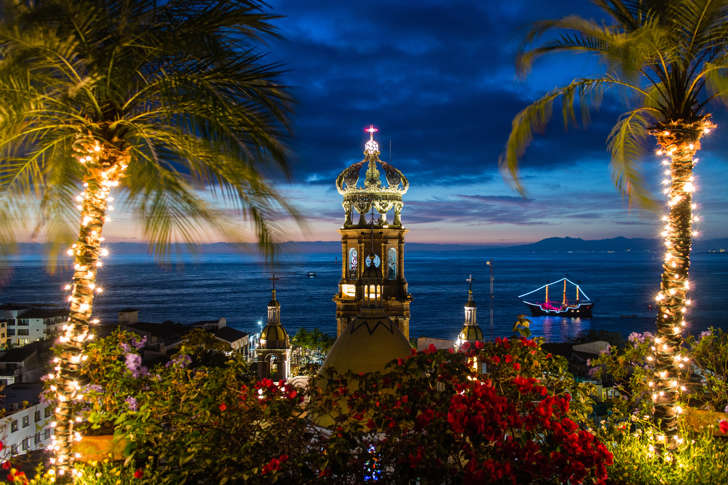 By Kathleen Peddicord | US News

Mexico is a big, extraordinarily diverse country that offers two long coasts, mountains and colonial cities. There are also Mayan ruins, jungle, rain forest, rivers and lakes. You could say that Americans have voted this country the best place in the world to live outside the U.S. in the way that really matters – with their feet.

Mexico’s proximity to the U.S. is perhaps the biggest plus for American retirees,because being in Mexico makes it easy for them to return home to see their grandkids as often as they want. Plus, the excellent infrastructure makes living easy, residency is straightforward and both real estate and the cost of living in general are very affordable.

Mexico is also familiar, and has many businesses Americans recognize. Across the country you find American franchises from McDonald’s and Pet Depot to Walmart and Starbucks. Almost anything you use or consume in the U.S. is also available in Mexico, though how easily available depends on where you base yourself in the country. The more remote or rural your location, the farther you’ll have to travel to shop at the nearest Walmart.

English is so widely spoken in Mexican cities it could be an official language. Living outside a major city or tourist zone, it’s better to speak a little Spanish, but you really can get by in this country with English.

Mexico could be the retirement spot for you if you seek an adventure overseas, but don’t want to give up all the comforts of home. The challenge is that the country offers many appealing lifestyle and climate alternatives, and you need to decide where you might be happiest. Consider these eight retirement options in Mexico:

In Puerto Vallarta, the warm weather and picturesque location are enhanced by the colonial charm of cobblestone streets and Spanish architecture. Locals are fun and friendly, the seafood is fresh and delicious and this region of Mexico is the birthplace of tequila. In other words, Puerto Vallarta has all the elements of a party just waiting to happen.

In addition, Puerto Vallarta boasts beautiful beaches, abundant opportunity for water sports, great restaurants, a lively art scene, modern, convenient shopping options, a large expat community with English widely spoken and good access to the U.S. All of that combines to make this one of the most affordable and turnkey options for a Pacific coast retirement. 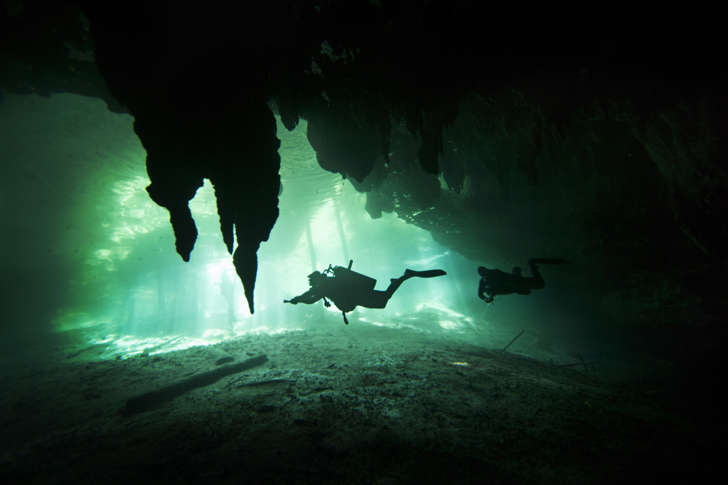 The town of Tulum is at the center of the Riviera Maya, an area stretching from Playa del Carmen in the north to Punta Allen in the south along the Caribbean and inland to the Mayan ruins of Coba. This area is easily among the most exotic and beautiful geographical areas on Earth. Rocky coastlines intermix with white sand beaches, spectacular cenotes (crystal-clear swimming and diving pools), tropical jungles and remnants of Mayan temples.

Tulum is separated from the beach by a wide swath of marsh and jungle that is mostly undeveloped. A good road runs from the town to the beach, then follows along the beach for several miles in two directions – one side connects to the picturesque Mayan ruins of Tulum, the other enters the UNESCO World Heritage site of the biosphere reserve of Sian Ka’an. This is truly a nature-lover’s playground. The unpretentious town enjoys a lively cafe, restaurant and bar culture. Dining and drinking out are the favorite socializing activities for expats and retirees here. 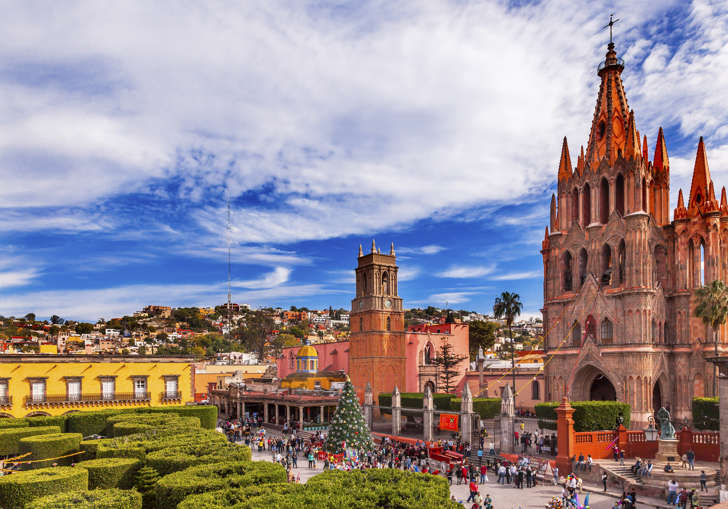 Nestled between low hills on three sides, the semi-desert valley is mostly flat in the historic center, great for walking and chock full of delightful ways to fill your days and nights. The number of first-class restaurants and fine shopping options per block is unmatched anywhere else in Mexico.

The city’s big, historic hacienda-style houses have been renovated into patio restaurants, coffee houses, upscale cantinas and niche shops, most owned and managed by Mexicans native to San Miguel, who are famous for being friendly and gracious. Plus, the town is blessed with great weather. 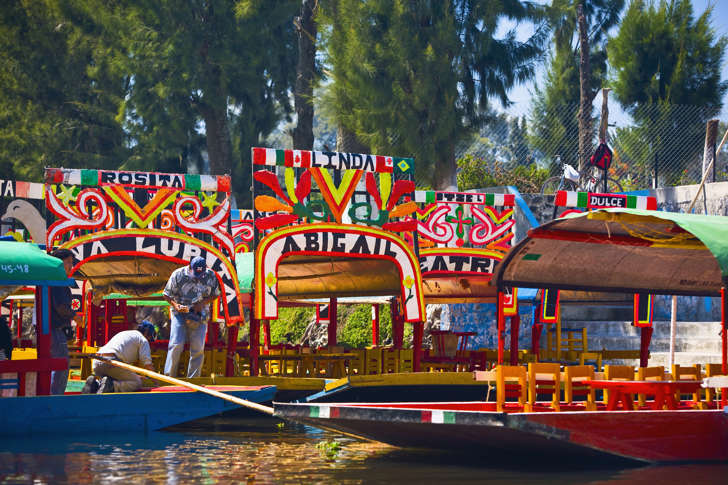 A mythical and modern metropolis founded by an advanced indigenous people, Mexico City is a mesmerizing hub of human civilization. This is a world capital of art, culture and anthropology with a rich and fascinating history, an abundance of breathtaking architecture and top-tier gastronomy.

At once sophisticated and chaotic, traditional and modern, Mexico City is a place of delicious contradictions that has the feel of many cities in one. This “city of palaces” combines the baroque grandeur of Rome or Vienna, romantic canals like those of Venice, cuisine on par with that you might associate with Paris and the quiet charm of a Spanish-colonial pueblo. 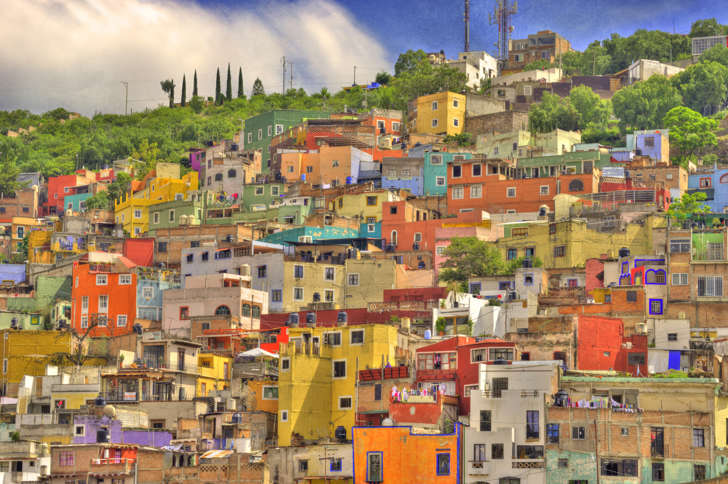 The silver mines of Mexico’s central highlands provided the incredible wealth that brought Spain to world prominence in the 16th century and also created Guanajuato, the crown jewel of Mexico’s colonial cities. The steep canyon walls of Guanajuato are zig-zagged by twisted alleyways, and most residents live in homes that look down upon the town in the valley below.

It’s an impressive and romantic landscape, but not exactly friendly to people who are disabled. This city of old world architectural marvels might not be a good choice for someone who has difficulty walking or does not want to own a car. 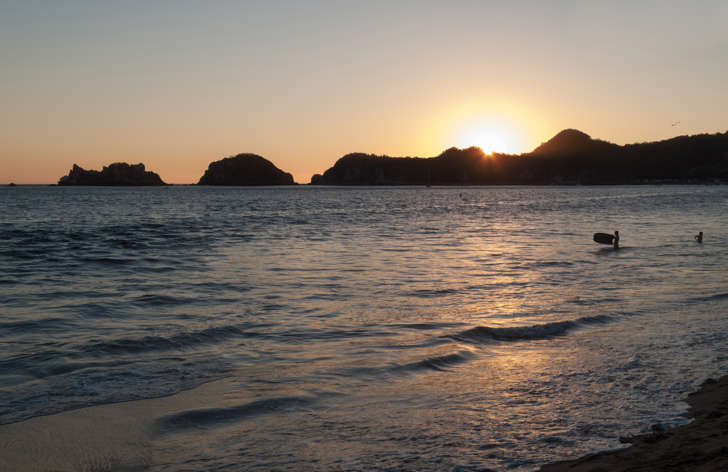 La Bahía de Navidad, on Mexico’s Costa Alegre, translates to “Christmas Bay on the Happy Coast.” The bay’s beautiful, sweeping, crescent-shaped coast and beach are home to Barra de Navidad, at the southeast end of the bay, which shares the beach with its neighbor, Melaque, on the northwest end. These two towns, separated by just a short walk across the beach, are very different.

Barra de Navidad is chic, charming and upscale, with good restaurants and jumping nightspots, anchored by the elegant Grand Bay Hotel. Melaque is more rustic and laid-back. This is a typical oceanside Mexican village where fishing, agriculture and tourism provide a relaxed lifestyle for the locals. Both of these towns receive thousands of winter visitors each year. The bay is well connected by air to the U.S., Canada and the rest of Mexico, with flight times of just a few hours. 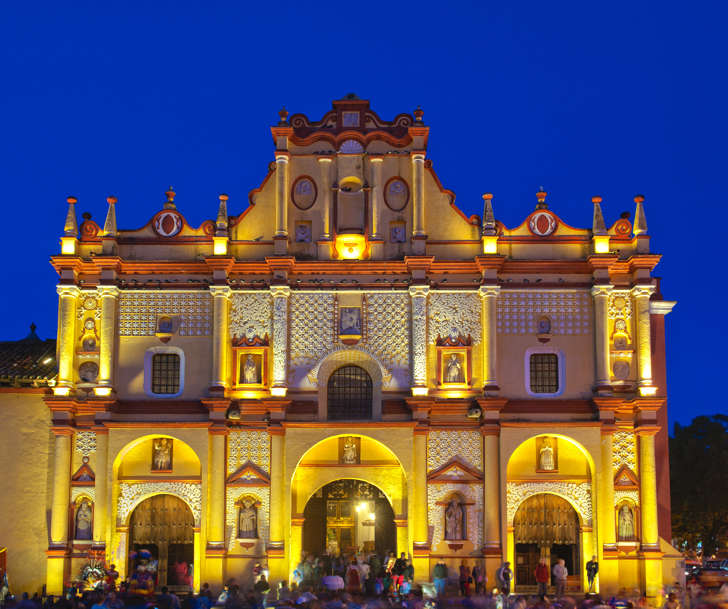 San Cristobal de las Casas is not your typical Mexican resort or quaint tourist development. This is a high altitude and high attitude colonial city dating to 1528 and set in a lush green valley amid the sometimes fog shroudedmountains of Chiapas State, at 7,000 feet. San Cristobal de las Casas is one of Mexico’s few remaining colonial gems. The downtown is laid out according to the typical Spanish grids, with streets named after heroes and events from the country’s history.

San Cristobal is an elegant center of sophisticated shops and restaurants of every imaginable persuasion. Whether you feel like Lebanese or Argentine food tonight or the latest fashions from Mexico city, it’s all here. 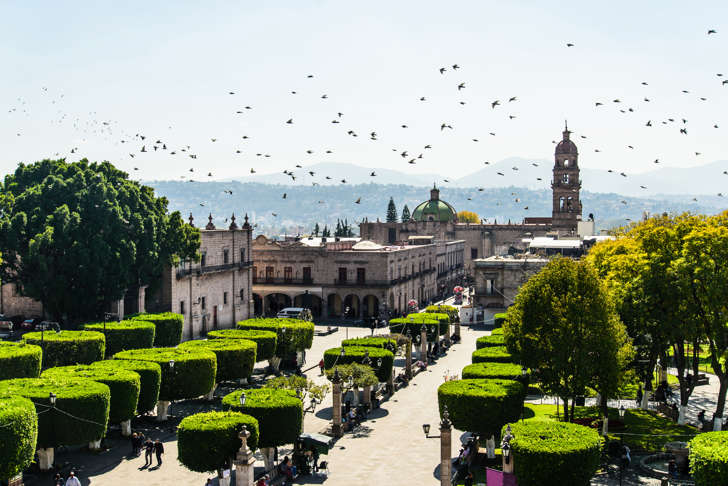 Sixteenth-century Morelia, one of Mexico’s finest but least-known cities, was designated a UNESCO World Heritage site in 1991. When you see it, you’ll wonder why it took them so long. Morelia is a breathtaking city with classic Spanish Renaissance structures all of pink stone. Walking among them is like taking a walk back in time. Horses are still a mode of travel and goods are sold from the backs of donkeys. Yet, this city is also firmly established in the 21st century, with internet cafes and even a Walmart.

Perhaps the most unique thing about this picturesque town in the hills of Mexico is that, despite its ease of access from the U.S. and direct flights from San Francisco, Los Angeles and Chicago, Americans seldom make their way here. Few Americans have ever heard of this lovely, livable town in Mexico.